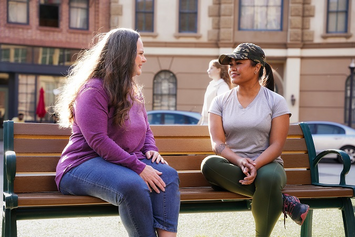 You might have recently learned that the PACT Act could impact your care and benefits. But did you know it also expands health care eligibility for many Veterans? The PACT Act began one of the largest expansions of VA benefits in history.

If a Veteran you know hasn’t enrolled in VA health care before, here are some details you can share to help them get the care they’ve earned and deserve:

Vietnam Era Veterans who served in these locations and time periods are eligible to apply for enrollment now:

Beginning October 1, 2022, Gulf War Era Veterans who served on active duty in a theater of combat operations after the Persian Gulf War may be eligible to enroll in VA health care. This also includes Veterans who, in connection with service during such period, received the following awards or recognitions:

Post-9/11 Veterans discharged before October 1, 2013, can enroll in VA health care during a special 1-year enrollment period between October 1, 2022, and October 1, 2023. To be eligible, one of the following must be true:

What to know about VA health care

My HealtheVet and your health care

If you’re already enrolled in VA health care and have questions about what the PACT Act might mean for you, VA can help. Sign-in to your Premium account and send your doctor a Secure Message. With My HealtheVet, you can also view and organize your health information, like your providers and closest VA facility.

Please vote in our unscientific poll. All responses are anonymous.

The PACT Act and Your VA Benefits (VA.gov)

The PACT Act and Your Care

If you are a Veteran in crisis or concerned about one, connect with our caring, qualified responders for confidential help. Many of them are Veterans themselves.

Get more resources at VeteransCrisisLine.net.