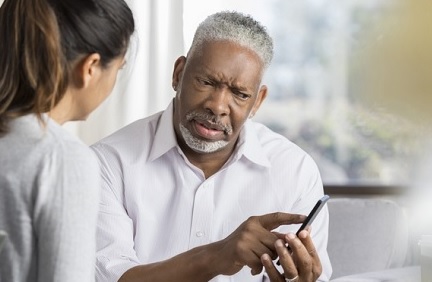 As we age, our bodies and brains are always changing. We may not be able to hear as well or see as far as we did in the past, but what about when we begin to not remember as much or think as clearly?

You may have heard of Alzheimer's disease as one form of dementia. But did you know that there are four main types of dementia? Understanding dementia and your brain may help you identify common symptoms that you can discuss with your health care team.

When it becomes hard to remember, reason, or communicate, it may be because of a group of brain conditions called dementia. Years ago, dementia was often thought to be a normal part of aging. We now know that it's not normal. It's caused by ongoing damage to cells in the brain.

Symptoms differ depending on which parts of the brain are affected, and the stage of the disease. The most common symptoms include:

Dementia has many types. In some cases, the main causes can be treated. In other cases, dementia is part of how the disease progresses. Some of the most common types and of dementia are:

Talk to your doctor

It's common to forget or lose things sometimes, but if you're finding that your memory loss is getting in the way of your everyday life, you should discuss that with your health care team. Consider writing down problems when they happen and using Secure Messaging to describe any signs of dementia to your doctor. Your provider may run exams and tests to determine if changes in your memory and thinking are due to a type of dementia, normal aging, or another problem.

Please vote in our unscientific poll. All responses are anonymous.

What is Dementia? (Alzheimer's Association)

If you are a Veteran in crisis or concerned about one, connect with our caring, qualified responders for confidential help. Many of them are Veterans themselves.

Get more resources at VeteransCrisisLine.net.